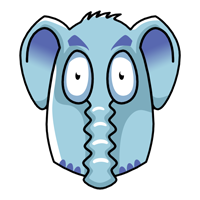 Last week I spent a good amount of time coding! I has my main framework in place last week so just need to start adding new things in. I found myself reading through the code of the original prototype and then coding these individual snippets up in the new system. However, after wondering if there was anything online for converting vb.net to c++, I found something that would allow me to convert 100 lines of code at a time. So I quickly rattled through most of the code, and by Tuesday had all the original prototype code in place in the new system. I spent Tuesday, housekeeping, fixing up the stuff that wasn’t right.

By the end of it I had areas of code marked up as TODO: these were areas that I couldn’t incorporate fully yet, but I knew I would need to work through. While working porting the old code, I realised that there was a whole area of the original prototype that I couldn’t remember how it worked, why certain actions were triggered, what certain variables were doing. So I started a design document to record this information as I worked it out again. This would give me something to work with as I turned the prototype into a real game.

It’s funny, that as the new prototype is now playable I find myself thinking about the actual game more. Which really is what it is all about. The original prototype was just that, a prototype. I now have a new prototype running under a new system, but it is still a prototype. It’s the base to build upon. The original prototype had a few game styles, but I decided to implement Frantic mode first. Frantic involves numbers appearing on the screen slowly, you must keep the screen clear. The more questions you get right, the shorter the delay between questions becomes. The game continues like this for a time and then stops adding new numbers allowing you to finish off clearing the screen, and then the next table is added and the process starts again.

While playing the Frantic mode, I found it too difficult! Yep, that’s me playing a game I wrote, that was only using the 2 times table. Is there any hope? 🙂 The issue is actually the size of the playing area. If the question comes up at the bottom of the screen and the answer is at the top of the screen, you can spend more time looking for the answer than you have, especially as the screen becomes fuller. Thinking about it, I found myself thinking about two solutions that would make it easier and more importantly more fun. Either the playing board is smaller and the imagery bigger, which is not a bad thing in itself, or the the questions and answers need to appear closer together. Of the two I happen to like to first solution, mainly because bigger graphics are always going to be preferable, especially on mobile devices. So if the game suggests that the board should be smaller and the graphics should be bigger, who am I to argue?

Thursday I added in sound code. My framework had no method for playing sound as I never used it in The Lords of Midnight. So I had to work my way through the Marmalade SDK to add sound support. Now I can start the process of implementing all the sound effects – a whole group of TODO’s ready to come off the list.

Friday was a right off, pretty much the same as the week before. Not sure what it is about Friday’s but I need to keep my eye on it. No working currently getting done on Fridays!

Video of me playing the new prototype!