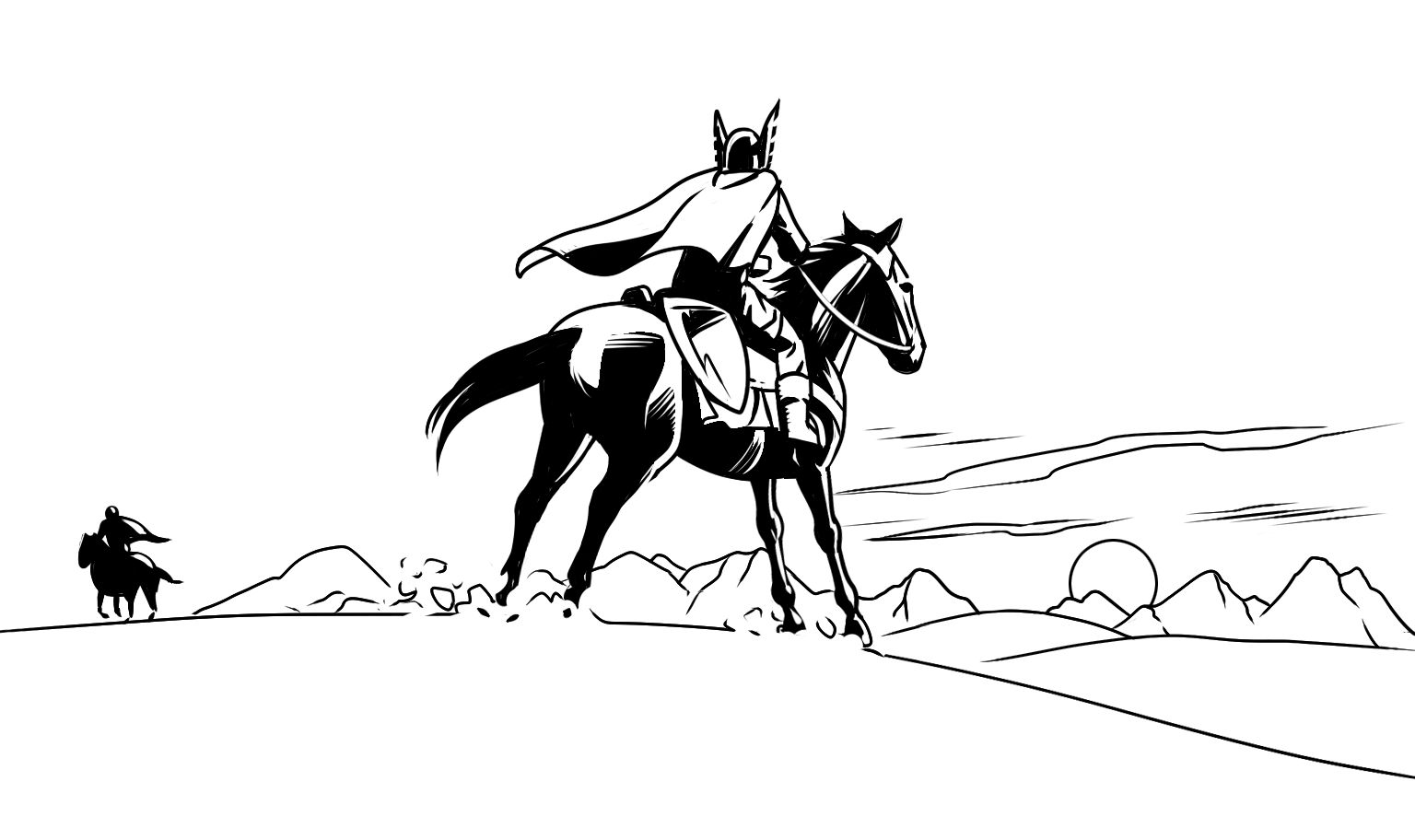 Last week I was embroiled in a Copyright dispute. Well actually it was probably more like a libel case; let me explain.

In case you’ve not heard about it, there is a new Spectrum on the block. The Spectrum Next. It had a very successful Kickstarter and is due to be released in August.

Back in January I was contacted by someone, let’s call them BoB, who asked about licensing the engine for The Lords of Midnight. Now, obviously there is no ‘Engine’. I do have the original z80 code that I hand disassembled, the 80×86 code that I ported, and the various bits of code that I have developed of the years. The nearest thing to an engine is the ‘The Midnight Engine’ which is the underlying code used in my recent remakes. Now, that code is 90% mine, there is no code in it from the original spectrum versions of the Lords of Midnight or Doomdark’s Revenge. However, they wouldn’t exist without the original, and they obviously heavily interpret Mike’s original algorithms etc… because they were written to play, and expand upon The Lords of Midnight. The copyright to that code is mine. I have spoken previously about making it available to anyone who would like to do something non-commercial with it.

In June BoB contacted me again about developing a fan remake of The Lords of Midnight on the Spectrum Next, to which I answered in principal there is no problem doing so.

I possibly need to give that some context, to the whole. me giving permission.

END_OF_DOCUMENT_TOKEN_TO_BE_REPLACED It is with a touch of regret that I have decided to leave the Midwinter Project.

Over twelve months ago I started sowing the seeds that would allow for a remake, and had many ideas and plans for it. The team have covered a lot of ground and many great ideas have come out of a lot of discussions and work.

For me there are many reasons why I have now come to this decision, but ultimately, it just boils down to me not being able to make the project work in a way that I originally envisaged.

The rest of the team are continuing with the project and I leave it in the capable hands of Dan Whitehead and Dave Gautrey.

I wish the team all the best and hope they have much success with the game.

Anthony and Nicola Caulfield of Gracious Films have been making a documentary about the games industry, titled ‘From Bedrooms to Billions‘ @FromBedrooms

‘From Bedrooms to Billions’ ‘A 90 minute feature length documentary film telling the remarkable, true story of the British Video Games Industry between 1979 – 1996. The film shows how the creativity and vision of a relatively small number of individuals allowed the UK to play a key, pioneering role in the shaping of the billion dollar video games industry which today, dominates the modern world’s entertainment landscape.

They originally contacted Mike Singleton for an Interview which he agreed to, but due to his health at the time was unable to do. To put it in perspective he’d just had a chunk of his jaw and tongue removed, and even by the time of his death he was not talking clearly, although close friends and family were able to understand him.

The only known footage of Mike was from a BBC interview for the program Get Set which was transmitted Saturday 28th May 1983.

Unfortunately, the BBC have long since deleted this VT!

Anthony and Nicola are trying to track down anyone who may have recorded this program, and still have it.

Of note, Ultravox and China Crisis performed on the show, and therefore it is likely to have been recorded for either of those performances.

If you can help, please get in contact at http://uvuperformance.com.

Here is the full details of the show. Olympic Stadium, a photo by Chris Wild on Flickr. This morning I passed my latest milestone for losing weight, in that I broke the 13st barrier, weighing in at 12st 13lb

When I started this process at the beginning of January, I was 15st 7lb, wearing extra large t-shirts, 38in waist trousers, and suffering terribly with my indigestion. I was starting to feel really bad about my weight and therefore myself, and I felt really unhealthy. I needed to lose weight. I didn’t need to diet. When I read the word diet, I see sacrifice, I see giving up things that you enjoy, I see misery. I had to change my lifestyle to one that allowed me to enjoy eating and drinking, but in a way that didn’t threaten my longer term health.

I must put something into perspective, having just typed the above statement, it definitely sounds worse than how it appeared for me at the time. My diet was not particularly bad. My drinking was not excessive on a regular basis. Nor was my fitness a particular issue, visiting the gym regularly, and competing in Tough Guy and Hell Runner over the previous years.
I was overweight, and struggling, despite trying, to remove that weight.

In January I increased my exercise regime. The sole reason for this was that I was really struggling to get through the morning, and therefore day, without feeling hungry, and the end result of that was ‘crashing’. While at work I would be eating my lunch by mid morning, which in turn meant I would often need something else to eat by lunch time, and in turn I might need ‘snacks’ late afternoon. Snacks meant crisps and chocolate. And chocolate for me means multiple bars…
I was aware that previously, exercise has reduced my cravings, so I upped my gym work during the week, and increased my running at the weekend.

First thing to go was chocolate. It’s the one thing I decided to symbolically sacrifice. It was going to be the only thing that I would actively “give up”.

The next thing I did was to address a problem that I have had for thirty odd years, my aversion to porridge. As a kid, I was happy eating Ready Brek, but I have never been able to stomach porridge. So in order to try and deal with that issue, and hopefully give me a better breakfast to start the day with, Victoria bought me some Qakers Oats so Simple, instant porridge. They are as near as Ready Brek as you can get. I ate them for a week before changing over to Porridge proper, and that has been my staple breakfast since: Porridge with Maple Syrup.

We tweaked my lunch, favouring wraps to sandwiches. I also reduced my fruit intake. I felt that I was eating far too much fruit and thus having ‘sugar’ problems caused by that. I added a mid morning and mid afternoon snack. So my daily meals consisted of: Breakfast: Porridge. Mid morning snack: Fruit and a packet of Ryvita Mini. Lunch: Wrap or sandwich, Yoghurt, and a piece of fruit. Mid afternoon snack: Go Ahead biscuit and piece of fruit. And then evening meal.

First thing I changed with the evening meal was portion size. The other thing I changed at the beginning was simplicity. In the beginning I was happy to just have a piece of protein and some salad. Or a piece of protein and veg. And Victoria was very helpful in reducing unnecessary fat and sugar from my meals, and reducing the amount of food on my plate. When you need to control your self, it’s useful to have someone help make those decisions for you!

By late February I was losing weight but was concerned that my decision to let my gym membership expire at the end of the month was going to cause me a problem. I decided that I just needed to increase my running during the week or weekend.

Over the following months I consistently dropped either one or two pounds a week. Every now and then I stayed the same or blipped up by a pound. The the overall trend was downward.

What I found was that my daily eating routine became habit. I am now one of those people who can’t stray too much from a meal time. But the flip result of that is that I don’t need to eat outside of the predefined eating slots. Yes I may be hungry by my evening meal, but it’s a different kind of hunger, one that is usually dealt with by eating the meal. I can actually be getting full while I eat my meal. Previously, the only way I was full, was because I was on portion number two or three! And then you become overly full.

I have now lost over 2.5st. I am wearing 34in waist trousers. My shirts are slim fit. My t-shirts are large. I have only had one bought of indigestion all year. I feel good about myself. I feel healthy. I can run 5km almost 10 minutes faster than I could 8 months ago, and that is not just down to fitness, that is down to carrying less weight!

What is remarkable, to me, about the last half stone that I lost over the last 8 weeks, is that I have not “exercised” at all in the last month. Yes, I park my car at the far end of the car park. And yes, I use the top floor toilet, taking the 3 flights of stairs, and yes I walk down to the canteen and back every day with my colleagues, even though I am not buying anything. But I have missed my once a week run since we moved.

I have also had a few blips. On Friday I weighed in at 13st, on Monday I weighed in at 13st 5lb. Yes, I had a “heavy” weekend, having dined out at a nice restaurant, big breakfast at the hotel, and copious amounts of alcohol. But even I was surprised at the 5lb gain. To be fair, depending on how rounding on scales work, it could actually be a 4lb gain. However, I watched myself drop a pound every day this week. I don’t normally weigh myself every day, btw!

What it all says to me is that, I have changed my habits. Everything is just that little bit healthier, I’m eating less, and I’m a lot healthier. I don’t feel that I have made great sacrifices. I don’t feel that I need to follow a grueling fitness regime. I am 8 months in and now feel that this could and should be me from now on.

I still have weight to lose. When I first started this process, I would have been happy with 13.5st, but deep down I wanted to get to 12.5st. It felt an unachievable goal, but I like those. Victoria was concerned that that would be too much weight loss, it would make me look gaunt. But as I have dipped through the 13st barrier, I can happily say that the weight loss distribution from around my body has been such that I am confident that another 7lb’s will be coming from the right places, and I think she would probably agree.

I know there is more I can do to help myself too. My evening meals have possibly slipped a little over the last few months. I feel like I have eat more than I needed to on a few occasions. Not running over the last 4 weeks hasn’t helped either. But, in the scheme of things, those are bother relatively small things to tweak.